The triplet Calrecs are seen in the arrangement which Michael’s analysis showed would provide the best quality figure-of-eight outputs. 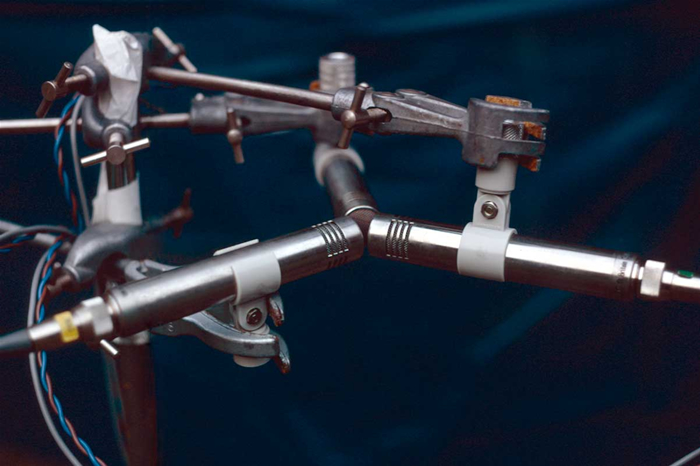 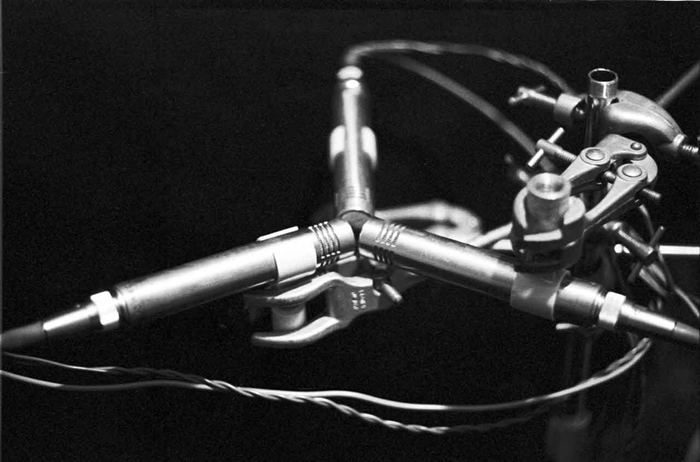 ...and black and white 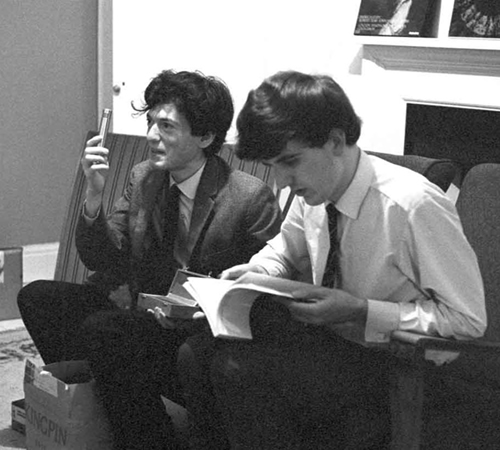 Michael examines one of his newly-arrived Calrecs in Peter’s room at 100 Abingdon Rd. Paul Griffiths is more interested in his book… (September 1970)

The arrival of the Calrecs allowed us to experiment with different microphone types and positions at a session for OUTRS members in the Holywell Music Room. 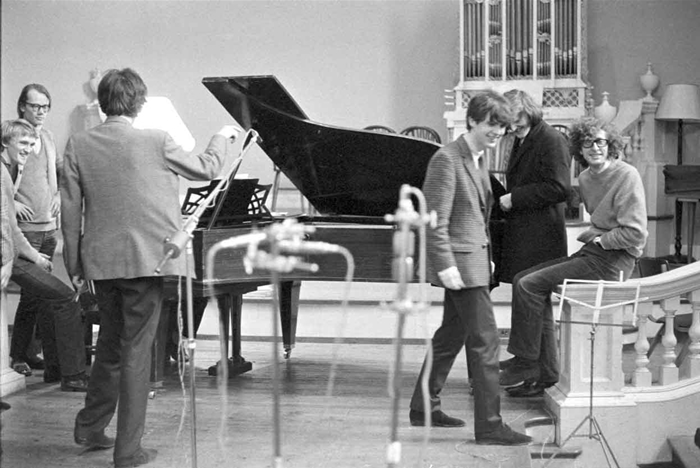 Michael (back view) entertains the members. A single Calrec points into the piano, while the remaining pair stands next to a pair of Reslos. (October 1970). 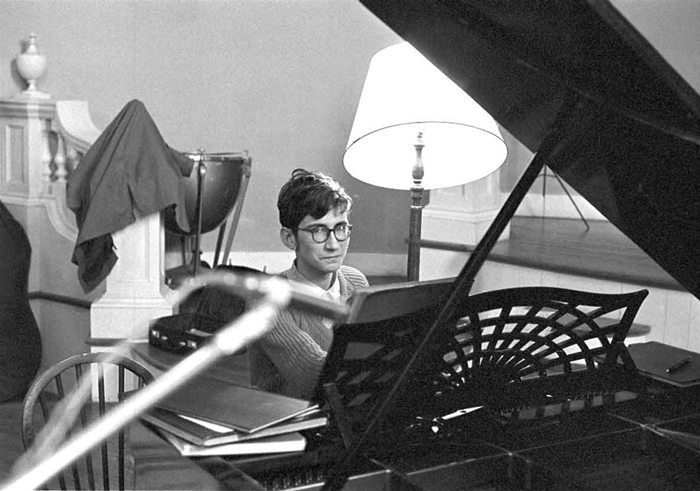 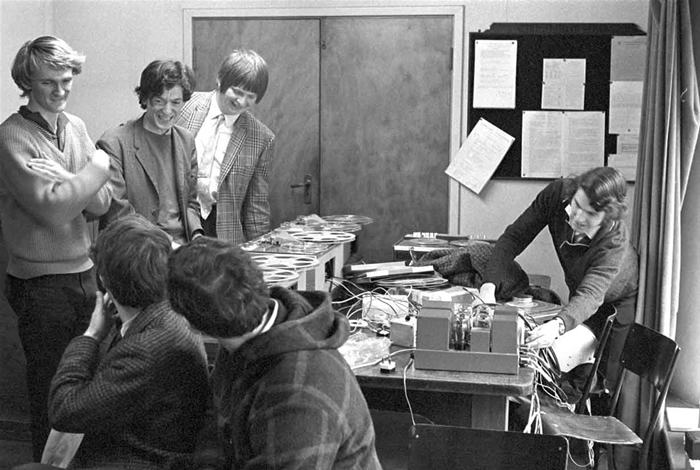 Michael (standing, second from left) holding forth in the control room. We monitored the performance using Quad amplifiers and speakers, which allowed us to hear subtle differences between the different microphones and positions. I thought it was ‘remarkable how much better the Reslos sounded than the Calrecs.’ The Reslos ‘also had more treble than the equalised Calrecs, which had a somewhat thuddy quality.’ [Recording: C236/655] 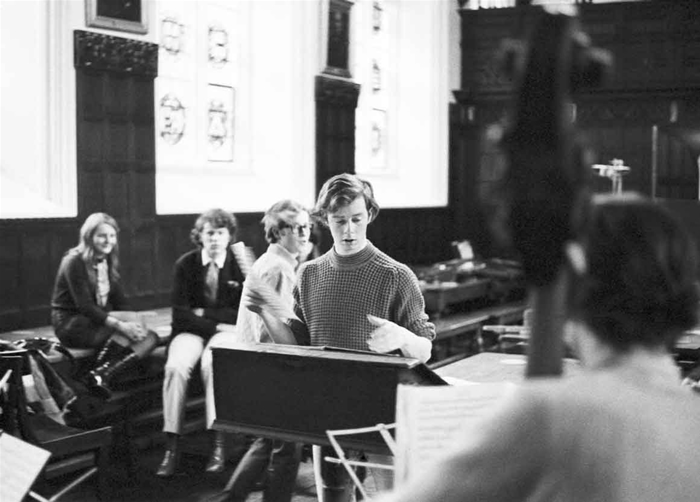 Conductor Anthony Sargent pauses in the rehearsal…the microphones can be seen in the background just to the right of the double bass.

View from the Gallery. The triplet arrangement can clearly be seen in the centre foreground. 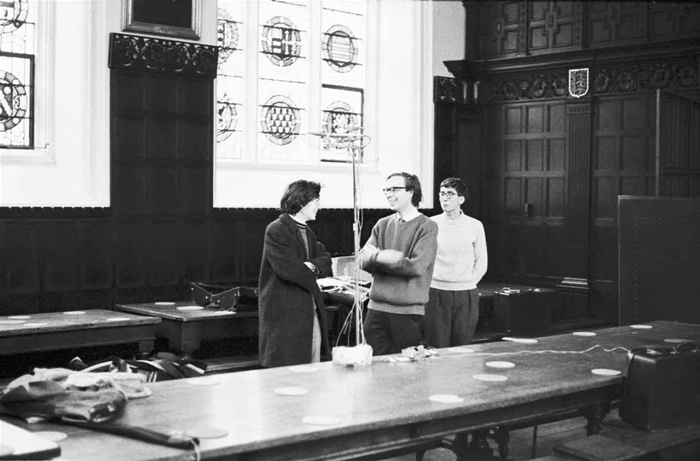 Michael and Philip in conversation by the microphones, while Jonathan looks on.