Preparing for the session 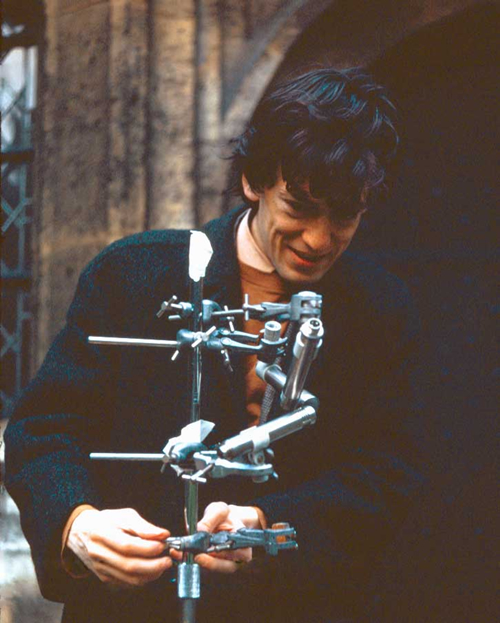 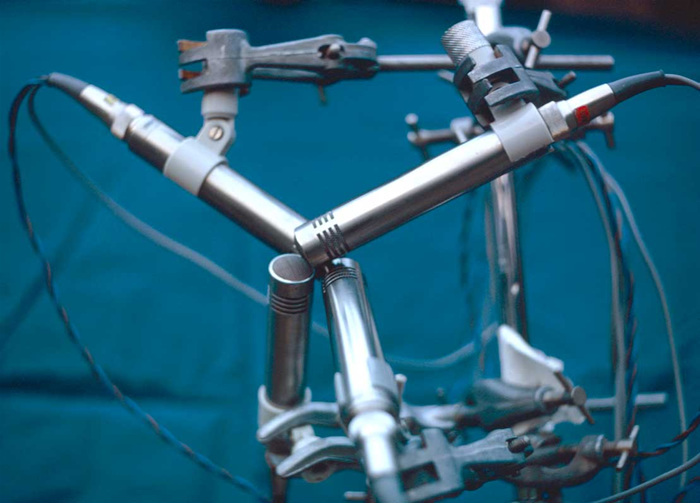 Close up of Calrecs in the tetrahedral arrangement. 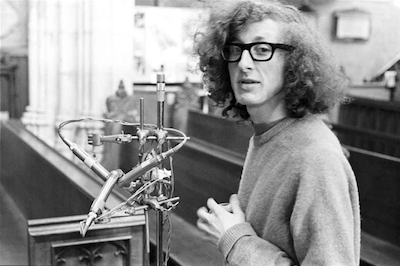 Richard Cowderoy was one of the most committed, enthusiastic and technically capable members of OUTRS, and without his input it is hard to see how the increasingly ambitious projects could have been completed to such tight deadlines. He had a good grasp of the technical issues and so was able to hold his own in discussions with Michael and Peter. Crucially, he also had the skills and experience needed to build the complex circuits designed by Peter, including a 30W Class A power amplifier (see Electronic Music Concert). Richard was extremely helpful and easy-going with a good sense of humour, and was a great asset to the team. After completing his degree he stayed on to do postgraduate work in computing, and continued to take a leading role in audio projects. His other great enthusiasm was gliding, the attractions of which remained rather a mystery to the rest of us. Years later, this all-consuming interest led to tragedy when he was killed while flying in the French Alps, leaving his wife and two young children. 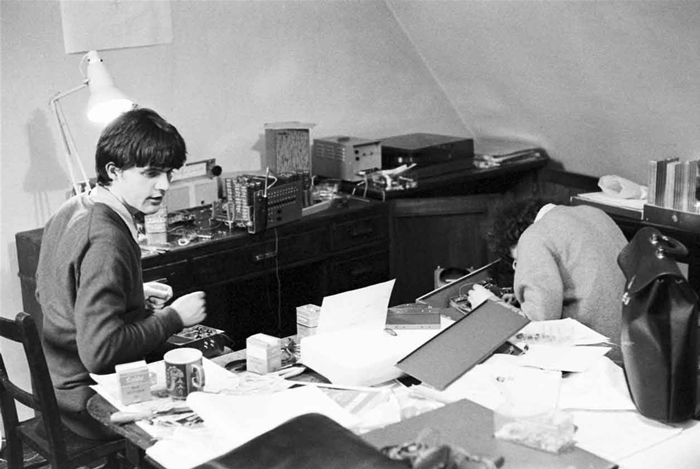 Peter and Richard working under pressure on the Quadracronic and differential amplifier in Richard’s room in Lincoln College, just before the tetrahedral recording experiment. A partly-completed 30 W class A amplifier (see Electronic Music Concert) can be seen in the background at the far right. 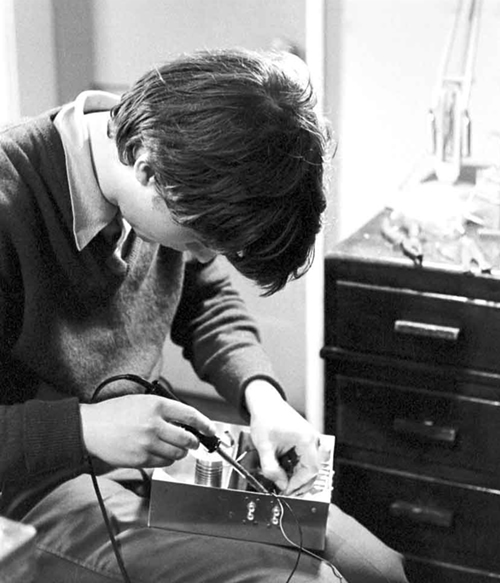 A steady hand: Peter soldering the differential amplifier. It was not working properly until a few minutes before the concert! 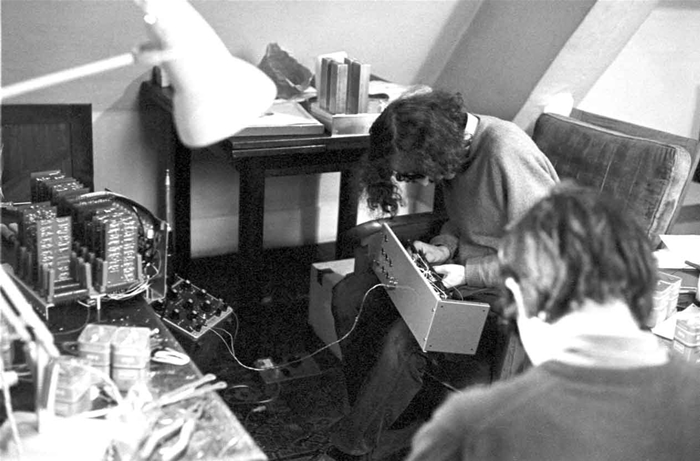 Richard checking the performance of the Quadracronic on an oscilloscope. On the table (far left) is Richard’s digital computer under construction. 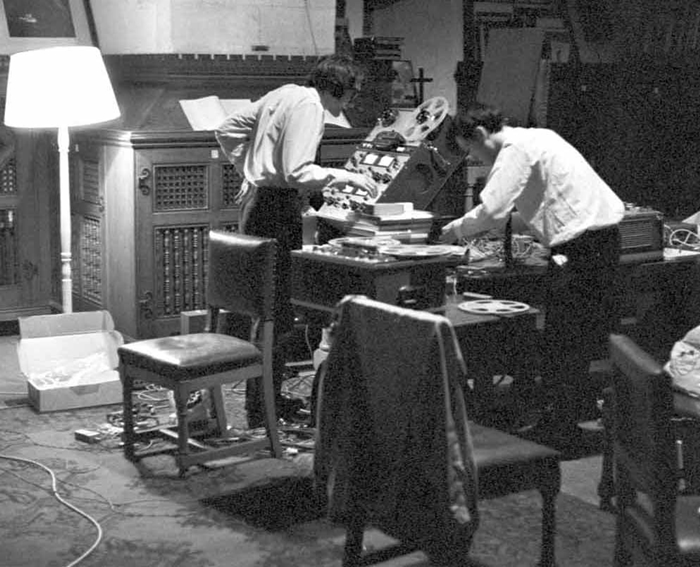 The Sacristy, Merton College Chapel, on the evening before the concert: setting up the Crown 6.25 mm four channel tape recorder 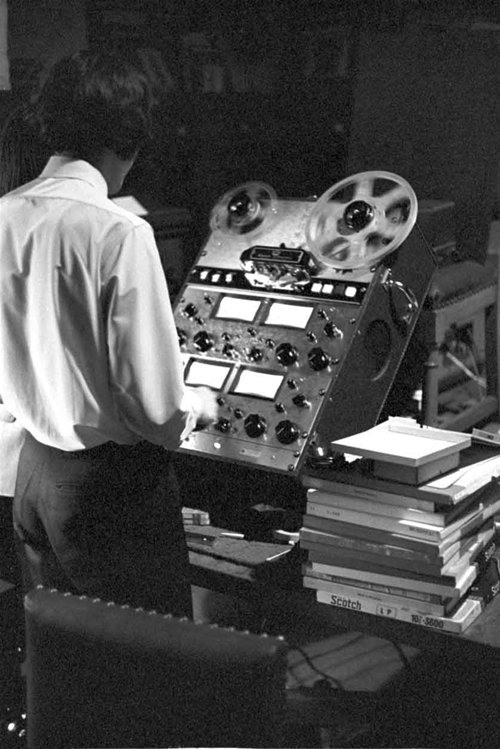 The Crown in close-up 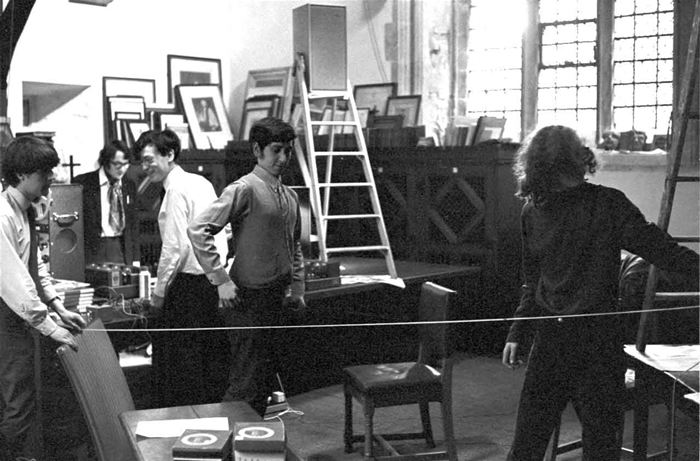 On the day of the performance, we started by using a rope to measure the tetrahedron. 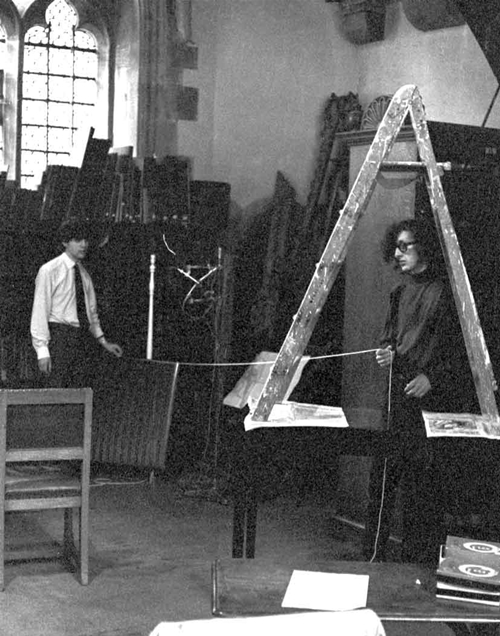 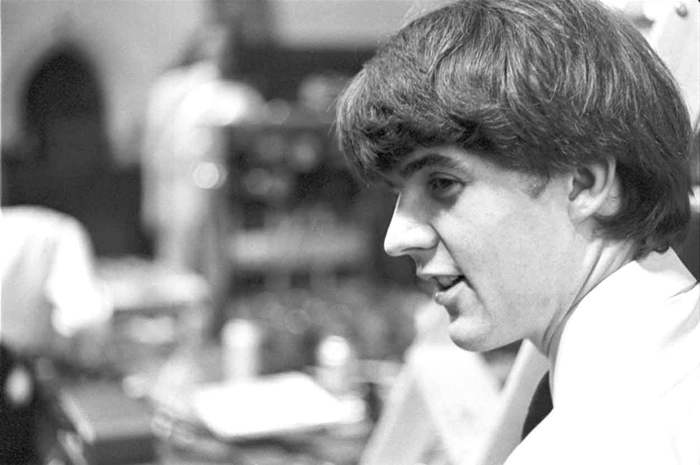 Relaxed…Peter’s calm manner was helpful in dealing with Michael, who could become over-excited under stress. 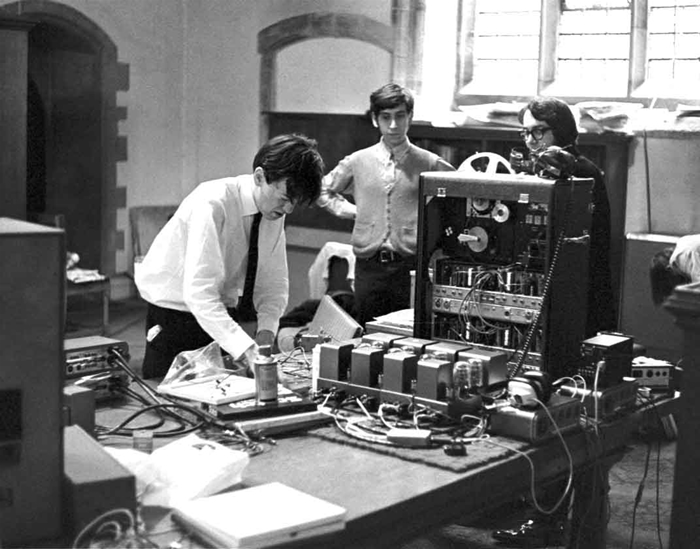 Michael with some of the eight Quad valve amplifiers that were used in the experiment. 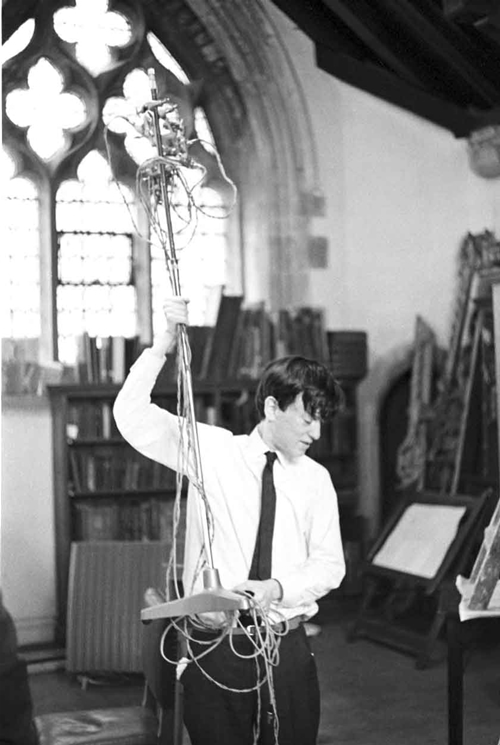 Despite his poor health, Michael was capable of considerable physical effort when the occasion demanded. 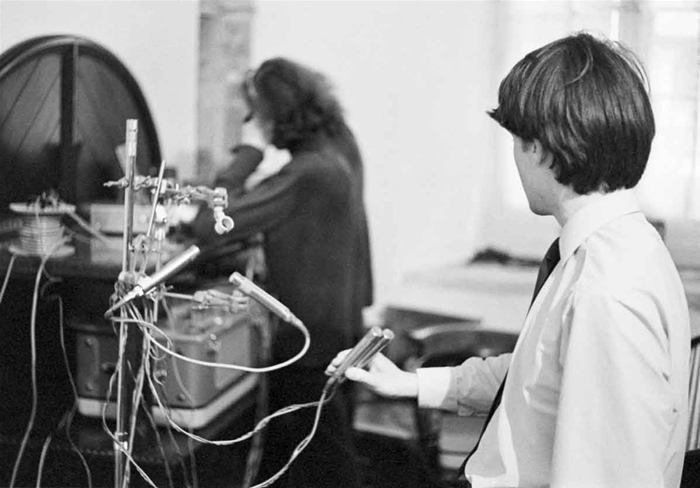 Nulling the Calrecs: the differential amplifier is used to match the sensitivities of the Calrecs by a nulling method. Details are given in Michael’s article in the September 1971 issue of Studio Sound. [Tetrahedral 2] 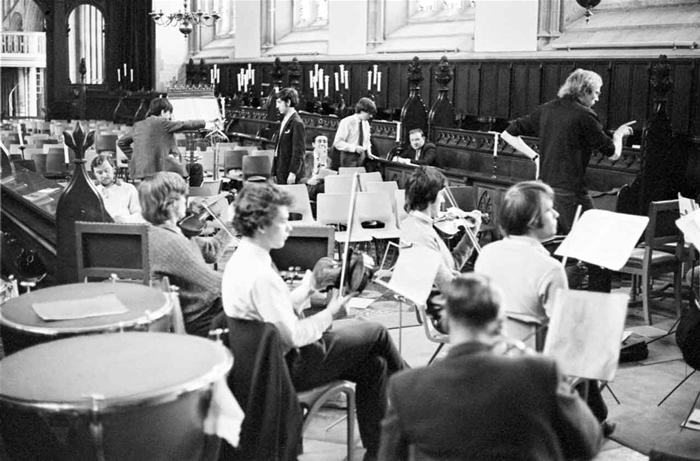 In the Chapel, Michael (standing, rear left) tests the set-up by clicking his fingers at each microphone in turn. 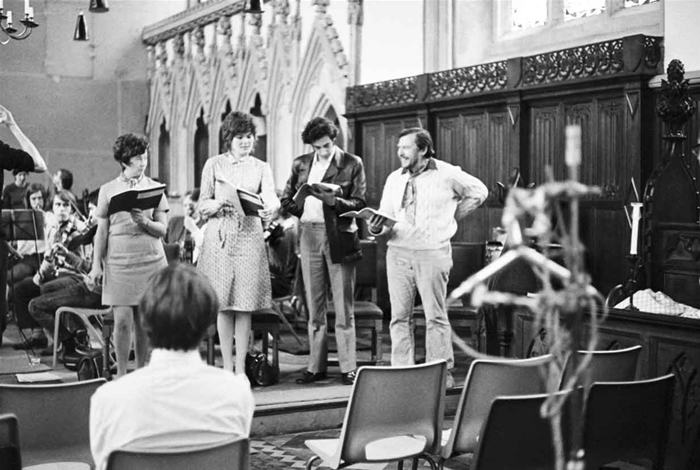 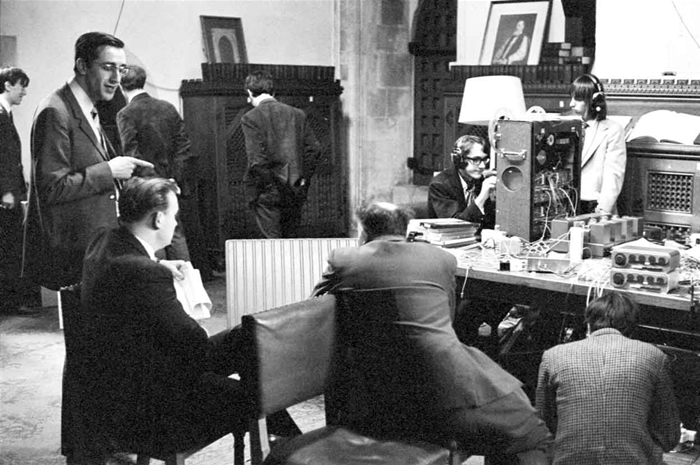 Guests in the Sacristy. 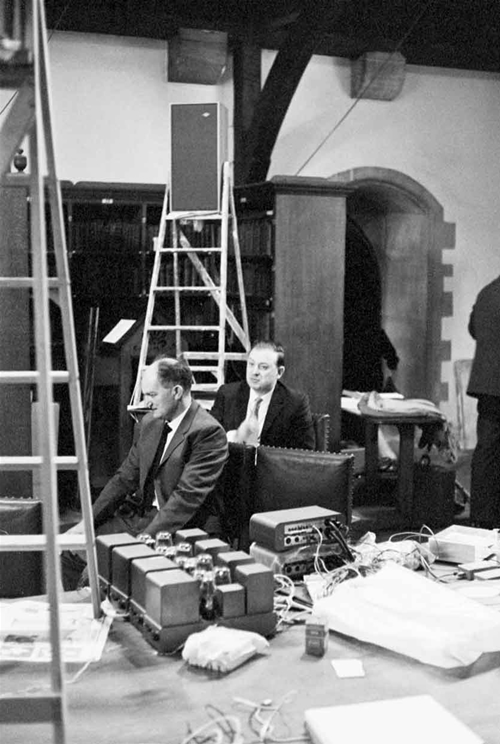 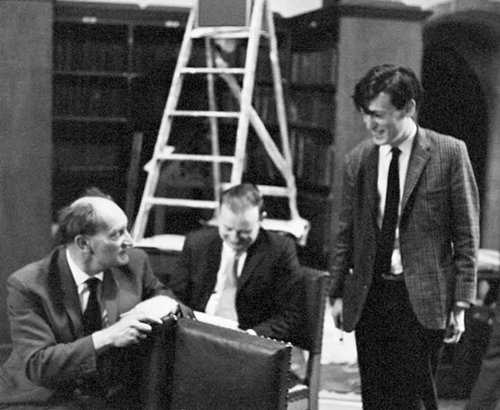 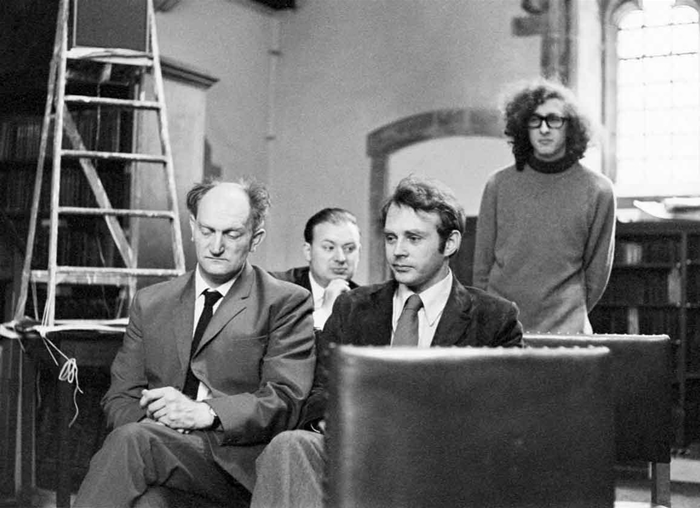 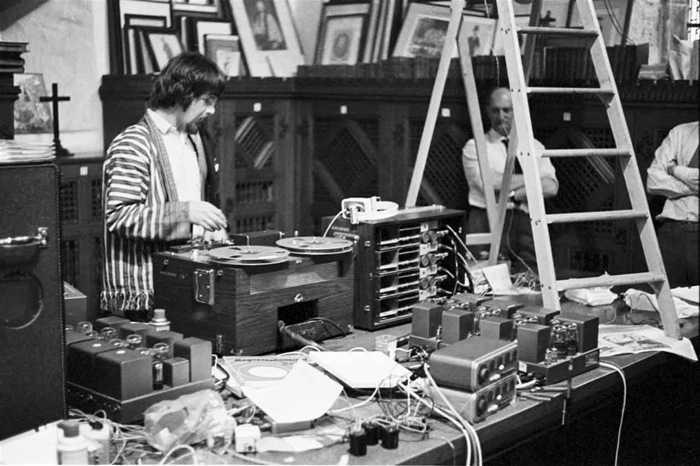 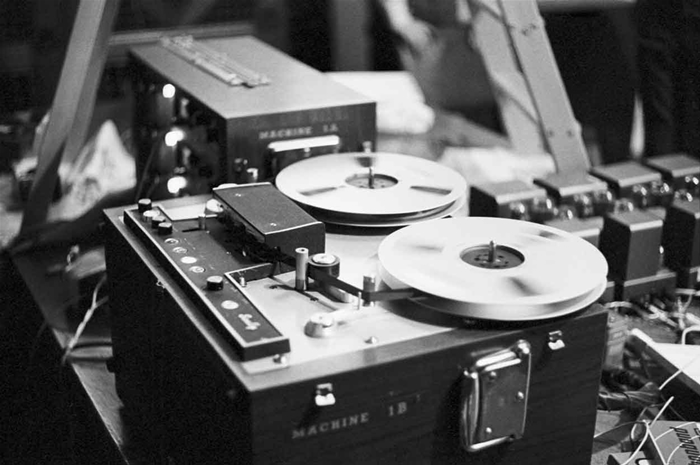 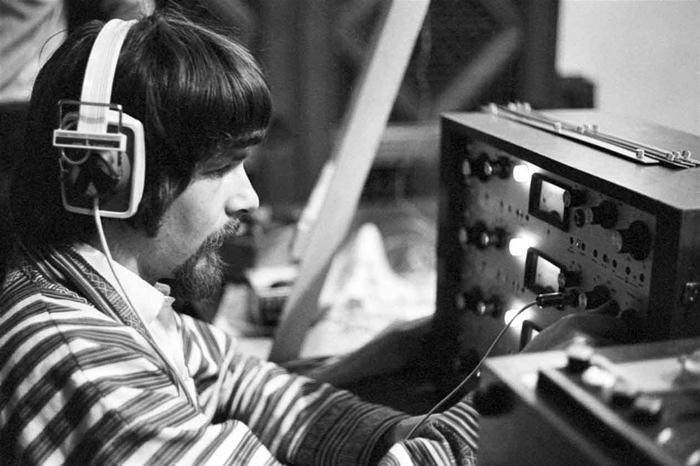 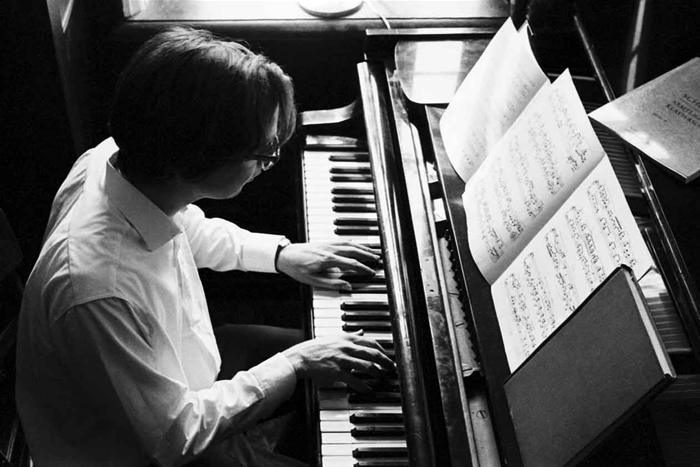 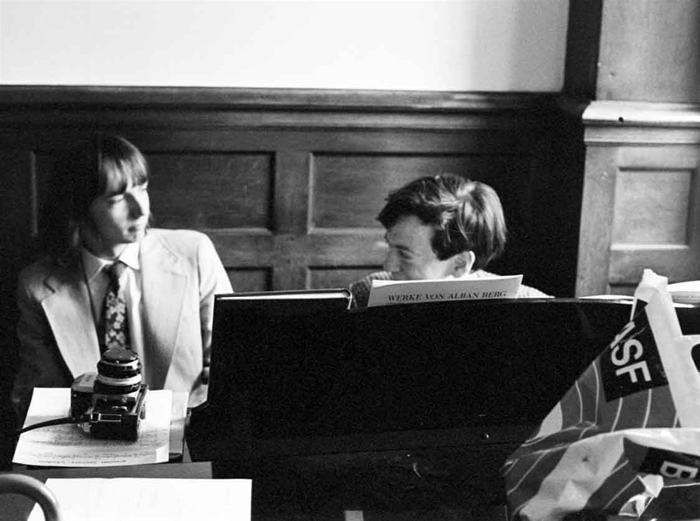 …and Michael (he would have been pleased to see the score of a piece by Alban Berg, one of his favourite composers)… 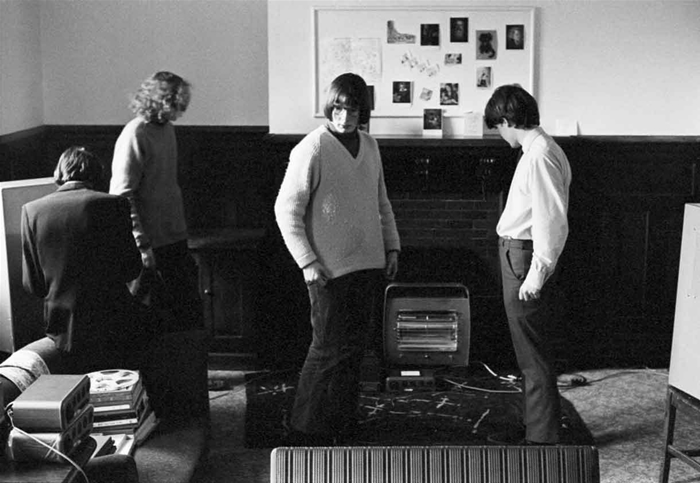 …while others do the work! 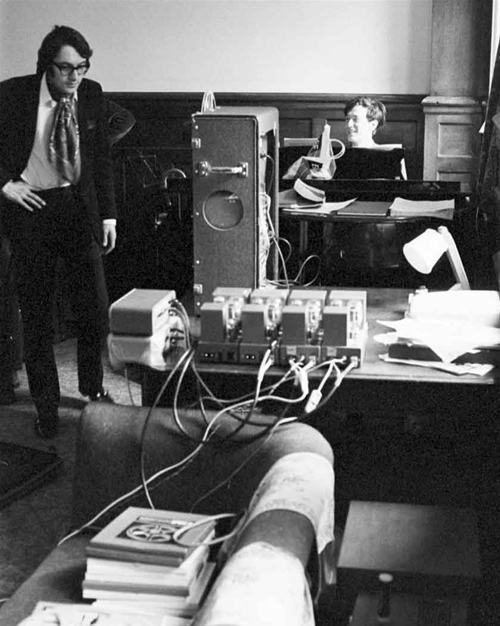 Setting up the Crown