In the 1960s, professional recording engineers were concerned about tape hiss. I can remember LPs in which tape hiss was audible above the surface noise of the disc (which was itself very high in all too many cases!). At the time, even professional 6.25 mm half-track stereo tape recorders running at 38 cm/s did not have an adequate signal-to-noise ratio. If the recording level was too high, the loudest sounds would become distorted (even with the widespread use of dynamic compression). If the recording level was lowered in order to minimise peak distortion, quiet sounds were accompanied by an audible hiss.

Many producers and recording engineers were impressed when Dolbylabs introduced the A301 noise reduction system in the mid-1960s, promising a considerable improvement in signal-to-noise ratio. However, Michael was not convinced that the benefits of the Dolby outweighed possible disadvantages. These included technical errors in replaying ‘Dolbyed’ tapes, and the fact that for archive purposes it was preferable to have recordings which were as simple as possible, to avoid difficulties in extracting accurate information in the future.

Michael met Ray Dolby at the meeting of the Association of Professional Recording Studios in 1970, and Dolby ‘drew his fangs by offering to lend him one to try’. We thought this was a fantastic opportunity, but becoming involved with the Dolby seemed a ‘heinous crime after all …Michael had said about it.’ It was extraordinarily generous of Ray Dolby to lend his expensive professional units to an unknown bunch of students, one of whom had been publicly critical of the system.

In June 1970 we had a ‘very enjoyable’ meeting with Ray Dolby and colleagues at Dolbylabs in Clapham, south London.

They gave us over three hours of their time to explain details to Michael and Peter, demonstrate with tape and cassette, and show us the production design etc of the Dolby organisation. Their demonstration wasn’t very helpful as the speakers (BBC type) and room [acoustic] were so awful. But their cassette [quality] was a revelation – so much better than we’d thought possible, though dropout is still a problem. We went off with two two-channel devices so we can do A-B tests in stereo. We have to take care of £1160-worth of gear for up to a month. 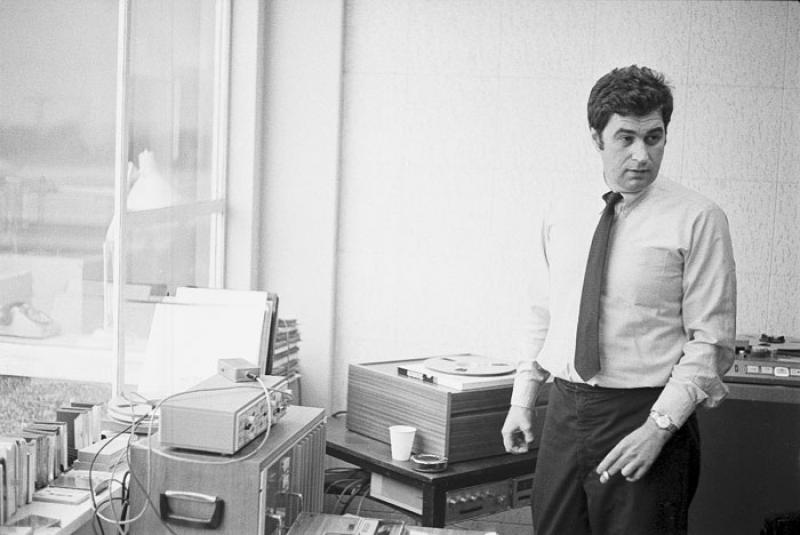 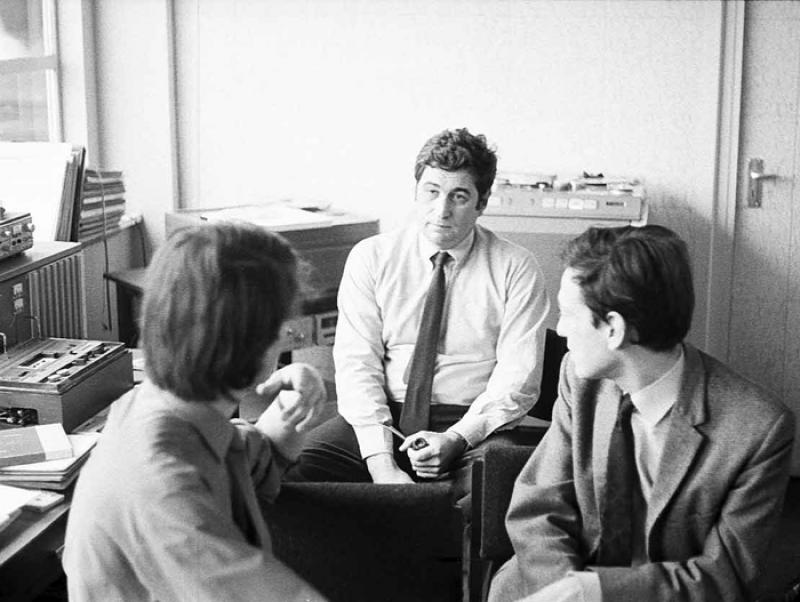 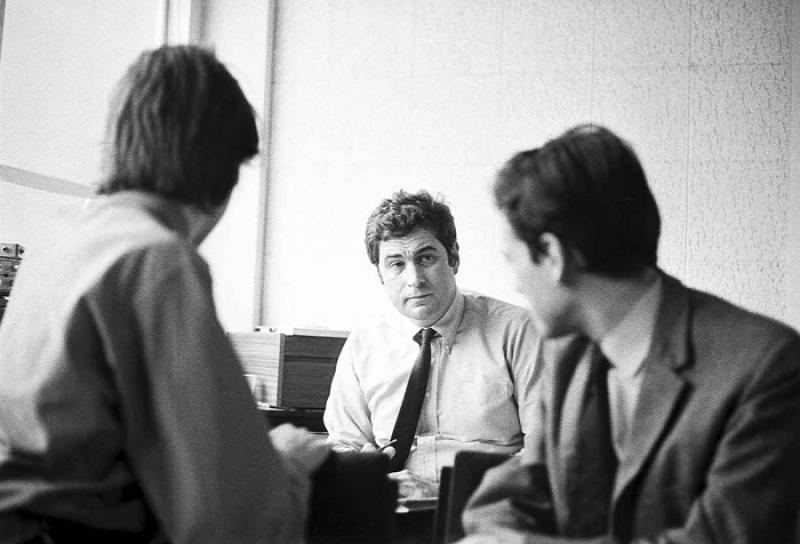 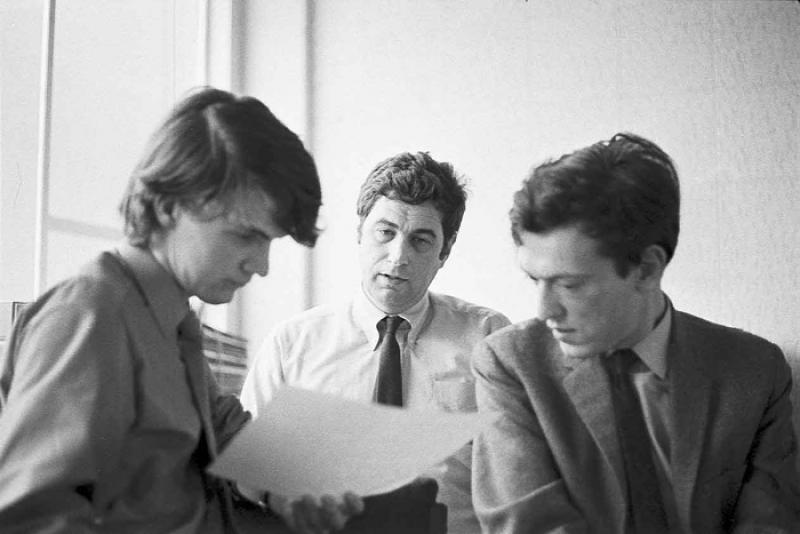 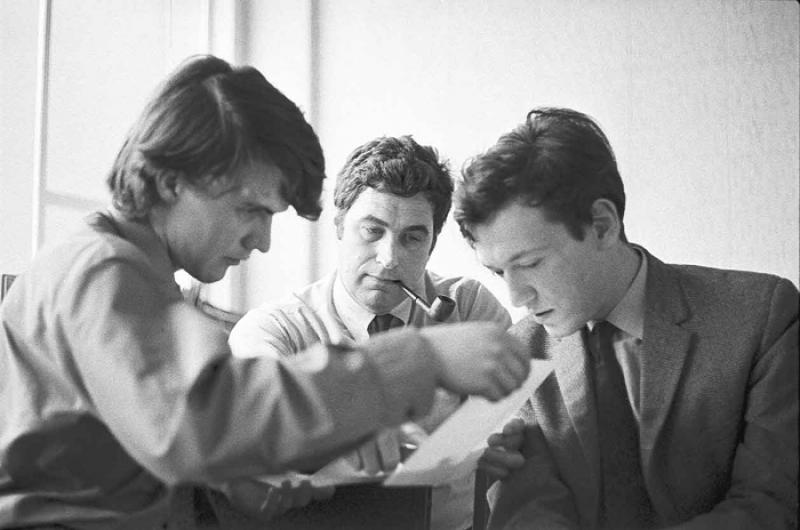 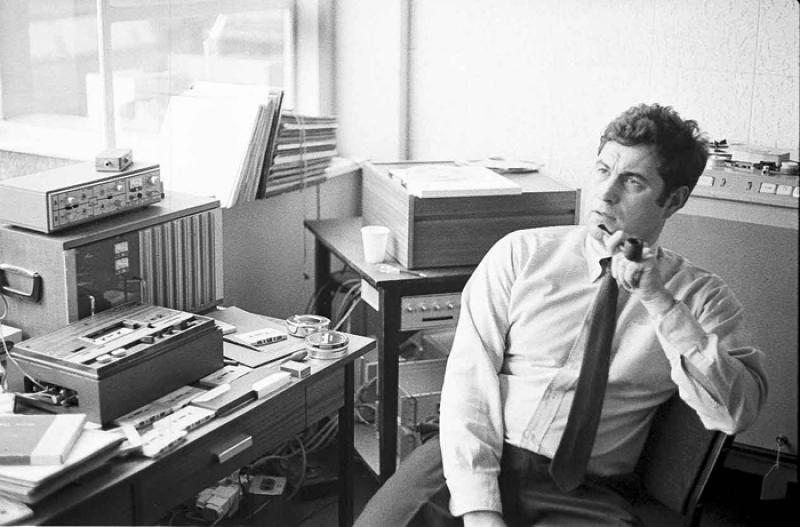 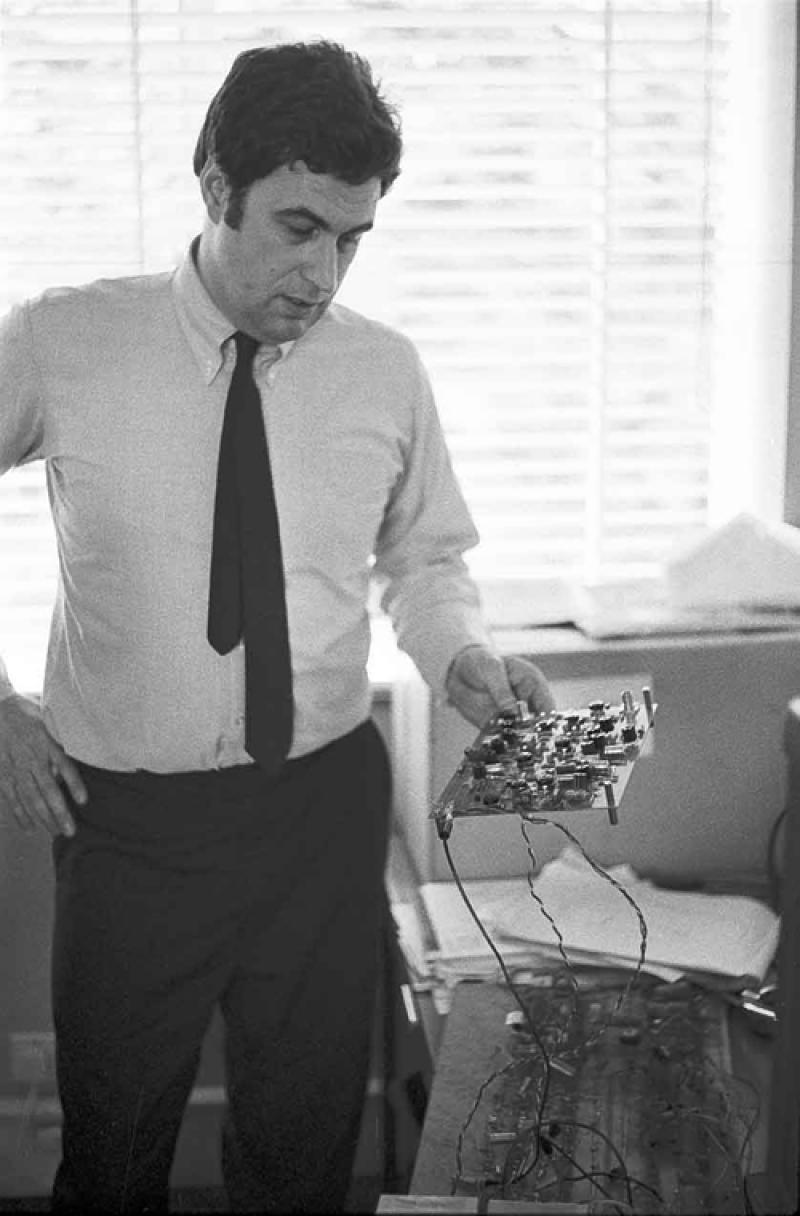 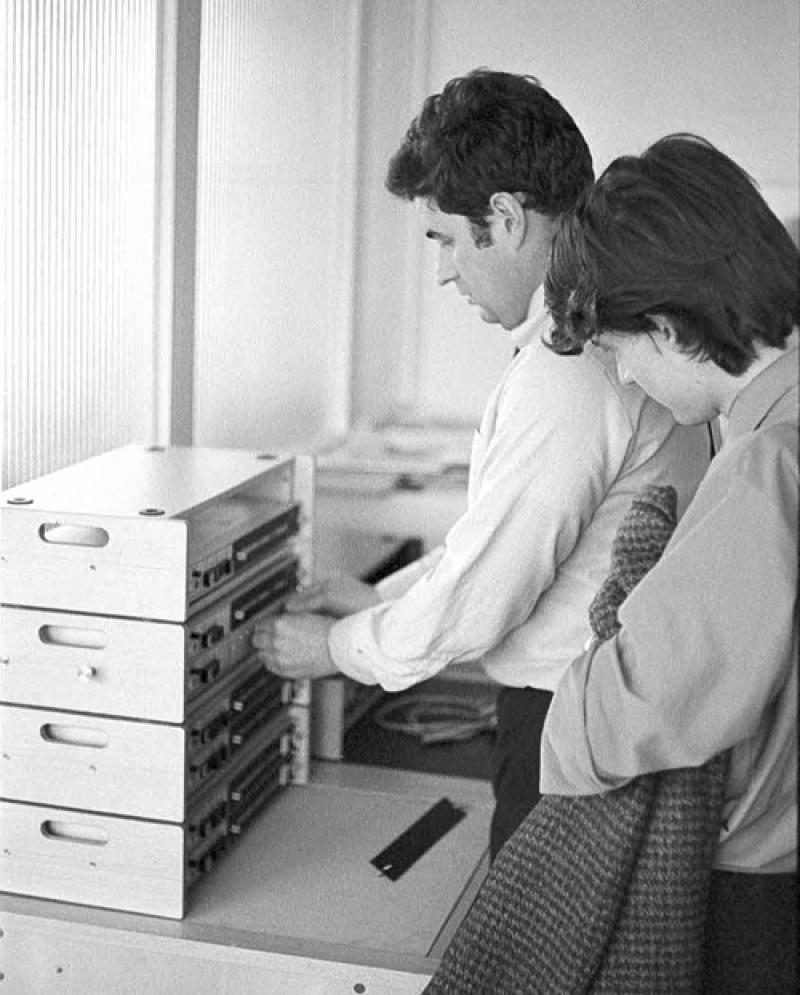 To put the cost in perspective, it was roughly equivalent to the annual starting salary of a new graduate. Each two-channel unit could be set either to ‘Dolby’ the stereo signals for recording or to ‘deDolby’ them for playback. Therefore two units were required for simultaneous stereo recording and playback. Having two units meant we could use off-tape monitoring during recording sessions for instant comparison of live and recorded sound. 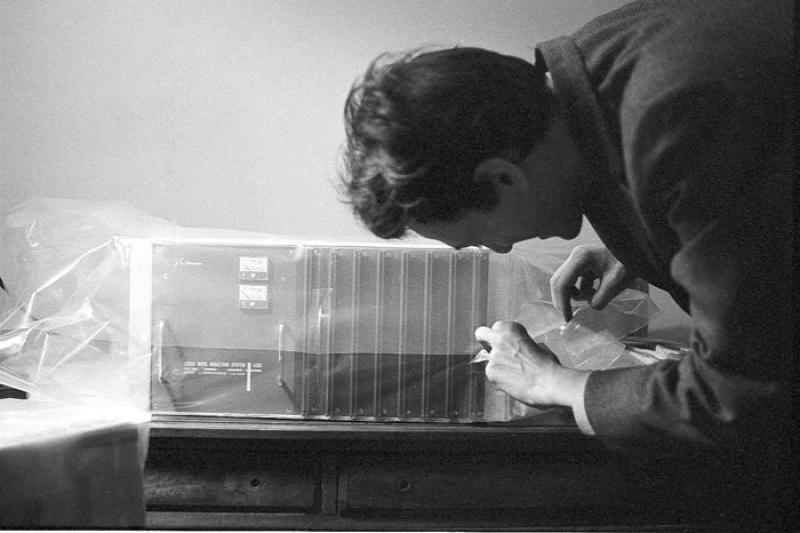 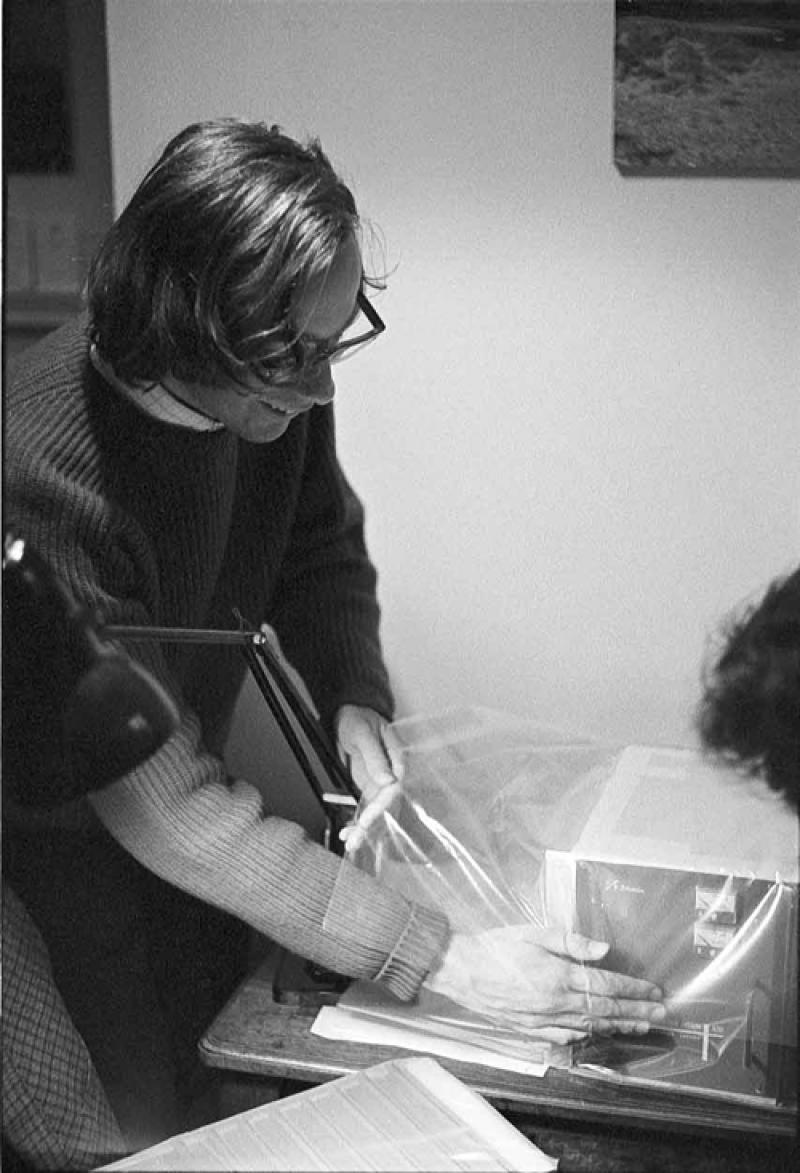 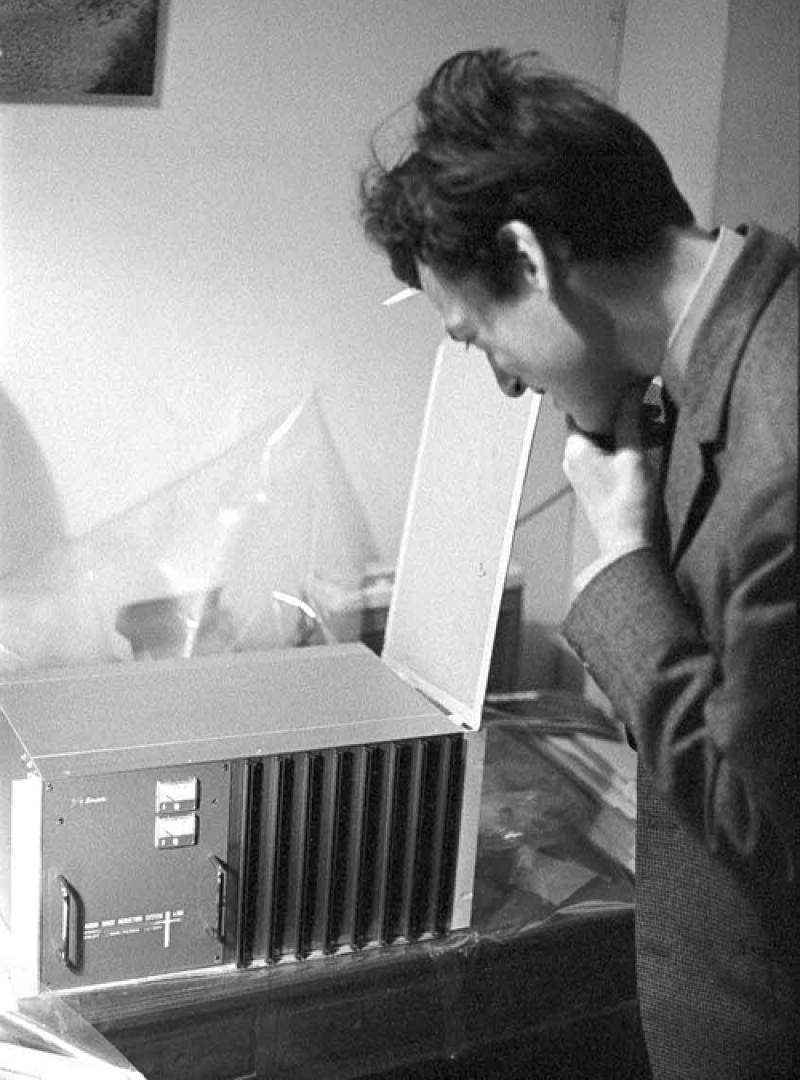 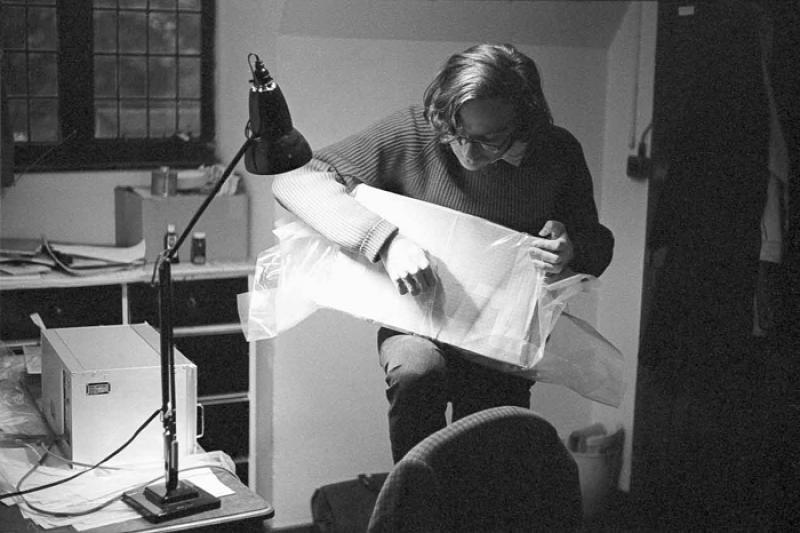 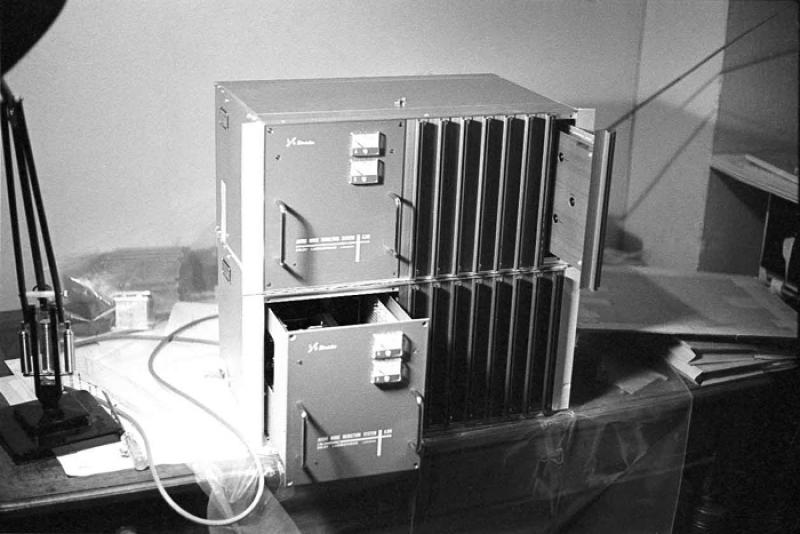 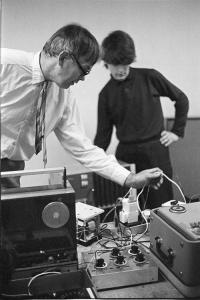 The very next day saw our ‘first recording session with the machines, and remarkably enough, it seems to have come off – all the more surprising since they’re supposed to need a lot of setting-up.’ The session was of a concert given in the Holywell Music Room by the Oxford University Opera Club of Riders to the Sea [C236/654] and The Shepherds of the Delectable Mountains [C236/131] by Vaughan-Williams, and the first performance of A Phoenix too Frequent by Stephen Oliver. This I thought was ‘not as good as his Song Cycle’.

We were greatly helped by the presence of Ted Nurse, a colleague from Gloucester, ‘without whom we couldn’t have operated, because he has Revox A77s which are more or less essential at least when recording with the Dolby, because they’re easier to set up (and have a flatter frequency response)’. There was even more chaos than usual in trying to ‘graft the Dolby onto Ted Nurse’s practices and OUTRS practices’. The session ‘took all afternoon to set up, but booze left around after the performance was very welcome!’

The following evening we listened to Riders to the Sea in Pusey House Common Room. ‘We had to 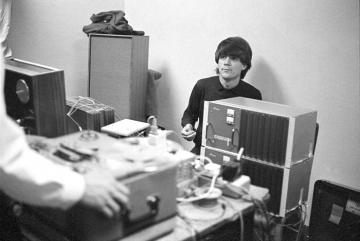 play it too quietly [to avoid overloading the amplifiers and speakers] as usual over the Quads, and the difference between Dolbyed (on A77HS) and non-Dolbyed (on F36HS) was very difficult to attribute to the Dolby.’ There was ‘possibly a slight modulation noise effect, and a “closing in” sensation as a sound, particularly a singer, stopped.’

The playback session continued the next evening. ‘MAG [Michael, referred to by his initials] was with us, expostulating that he could hear the crossover distortion caused by the Class B amplifier in the Dolby!’

The next Dolby session took place when we recorded a demonstration tape for the Oxford Early Music Group. ‘Fortunately we arranged for it to be in Pusey [House Chapel], so we could set everything up (including the Dolbys) in Philip’s room.’ The performers ‘weren’t too happy with what they were doing. [One singer] claimed she couldn’t sing properly and seemed close to tears most of the time’. Some of the instrumentalists ‘were fairly stroppy with all and sundry too – we continue tomorrow.’ 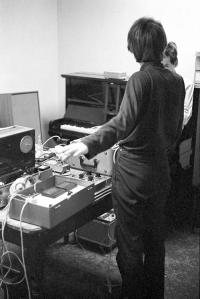 The final Dolby recording was made early in July. ‘Murray Somerville [organ scholar at New College] asked me last night whether we could record his final evensong before he leaves for the States.’ Philip and I set up in New College Chapel.

MAG turned up just after the service started, and Peter appeared just as we were leaving. We heard [some of the recording] later – both Dolbyed and non-Dolbyed sound horrid and dull, but I noticed the effect of the Dolby most on the speech (reading the lesson). It sounded mechanical and artificial, with funny fluttery reverb., also [the sound seemed] closer as we noticed in the Vaughan-Williams.

Our ‘Final Dolby day – at least for the time being’ was when we returned the Dolbys to Clapham.

Dolby’s reaction was almost impossible to judge – he didn’t listen closely to our tapes or make comments on their quality – [he] remained more or less completely impassive. One of his side-kicks, however, was forced to admit that he could hear distortion on [the baritone] in the Vaughan-Williams on the Dolbyed version but not on the non-Dolbyed one. But he [Dolby] said that as our conclusions were tentative we should have them again when we’re better equipped to handle them.

But we never did.

Before writing this article, I was convinced that Michael had published something critical of the Dolby, and this is borne out by my diary comments. However, so far I have not been able to find anything that was published before we borrowed the equipment. Afterwards, Michael was still thinking about the Dolby, because a few weeks after we returned them, he

was full of a new theory about how the Dolby might be affecting the acoustic – all to do with the ear detecting peaks and re-synthesising the fundamental from the harmonics, but under close questioning he realised he didn’t like it. Poor MAG.

Michael refers to the Dolby in his article ‘Why Coincident Microphones?’ discussed in more detail in the next section.

…despite the undoubted engineering excellence of this device, there are those who are not convinced that it introduces no side effects. In particular, one series of tests showed that it seemed to eliminate the … virtues of Blumlein technique recordings, making the reverberation sound muddy and seemingly unrelated to the direct sound; in fairness, these results could have been due to misalignments in the tape machines.

I am sure that these comments refer to our own experiments with the Dolby.